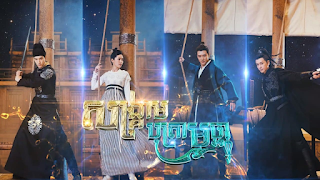 Set in the seaside town Chang Le of the prosperous Tang with a developed shipbuilding industry, the drama tells the story of a human girl Lu Li who disguises herself as a male, hoping to make her mark in the shipyard and realize her dreams. The merman Wu Ju Lan also arrives at the shipyard with a hidden motive. The two grow to know and love each other. As their romance progresses, the plots and conspiracies behind them also surface. Lu Li is torn between kinship and love. Finally, the two resolve hatred with love and merman and man eventually live in harmony.